STEM Jobs: Salem is Poised to Become a Draw for Growth and Advancement

People are always looking to Silicon Valley for the latest trends in technology and innovation. However, there has been a new trend coming from the nation’s tech hub. Astronomical housing prices are causing people – especially millennials and other tech workers in their prime – to leave Silicon Valley and relocate to other parts of the country. Luckily, other parts of the nation, including Salem and surrounding areas of Oregon, stand to benefit from this migration.

Oregon is home to hundreds of venture capitalists who invest in startups, especially software startups and other companies in the tech industry. According to Pitchbook, nearly 40 percent of Oregon’s investment deals between 2015 and 2017 were in the software sector. Just look at the growth in Eugene and Portland. By continuing to encourage startup venture capitalists to invest in Oregon businesses, we can maintain and even grow the tech scene here.

Salem offers many unique benefits to tech companies and the talented people who work for them. For starters, Salem has a lower cost of living compared to the larger tech cities. SmartAsset ranked Salem as the city in Oregon with the most affordable housing. As you might guess, this lower cost of living is good for both employers and their employees.

STEM jobs are stable, high-paying, in demand and typically provide a happier quality of life when compared to other careers. A study of the tech field from Redfin “showed that both men and women report a higher level of job satisfaction at companies with more female leaders, and fewer of them say they are considering leaving in the next six months.”

As a city, Salem also stands to benefit from boosting its tech scene. By having more tech companies and employees right here in Salem, it would encourage diversity, innovation and competition. This would naturally lead to higher salaries, more competitive benefits packages, and – best of all – incentives for Salem’s brightest tech talents to stay here rather than relocating to bigger cities. All in all, this would be a positive change for our community and the people who live here.

Ways to bring talent and tech jobs to Salem

According to Entrepreneur.com, communities can encourage tech growth in a number of ways. This involves looking at what the city can offer tech companies and entrepreneurs as well as employees and other workers in the tech field. Cities can support creativity, entrepreneurship, and innovation by investing in coworking spaces, technology hubs and a thriving arts scene. “Perhaps the most essential component to the creation of a startup community,” writes Entrepreneur’s guest columnist Constance Aguilar, “is a culture that entrepreneurs and their employees want to be a part of.” 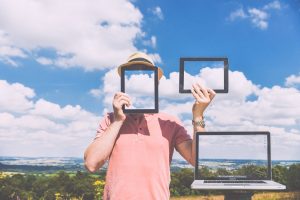 Building a lasting tech-friendly atmosphere takes more than just culture change. It also takes consistent effort from citizens, politicians, nonprofits, organizations and the community at large. Salem already has the benefit of being able to offer more affordable housing than the Bay Area. In addition, we could also provide tax incentives for businesses that relocate to the area to help spark technological innovation while also providing additional jobs for tech workers.

Of course, talking about attracting more tech talent and innovation is just the first step in successfully doing it. Making real, lasting change will involve our community coming together and advocating for this cause. Write your representatives to tell them how you feel. Vote for politicians who are devoted to boosting the local economy. Volunteer with or donate to grassroots organizations that are working to shift the local job market. Could Salem become the next Silicon Valley? It’s too soon to tell. But, if we all work together, we can start a movement that would certainly point our city in that direction.