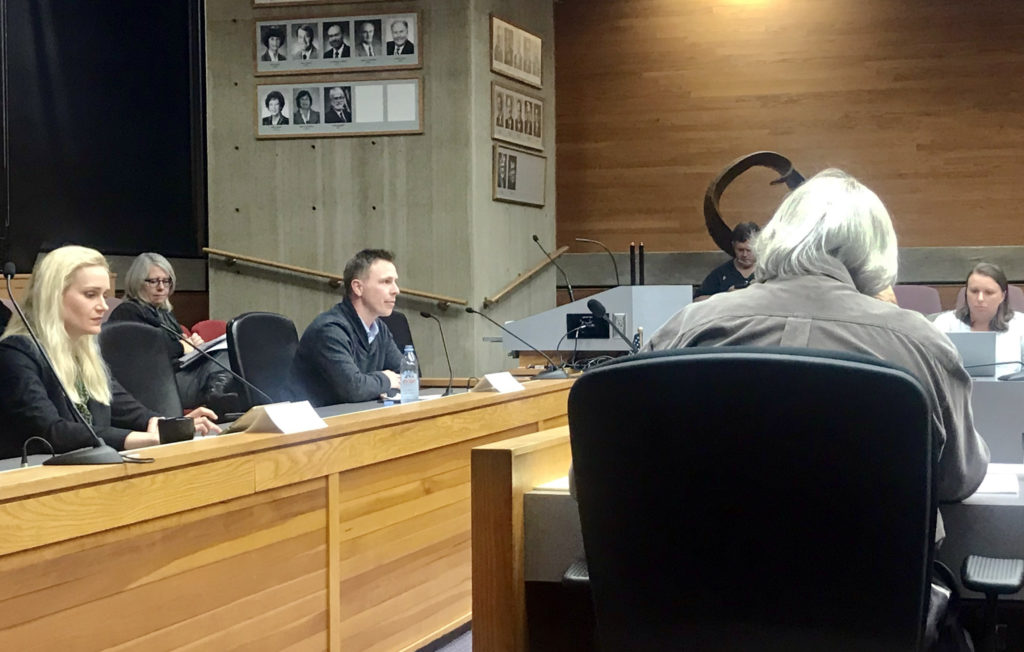 Salem City Council interviewed two candidates interested in fulfilling the remaining term of vacated Ward 7 seat at Monday night’s City Council Meeting.
Attorney Vanessa Nordyke and Finance Director Reid Sund each presented statements on Monday evening regarding their interest in serving as Ward 7’s City Councilor. Both candidates shared that homelessness and the city budget were pressing issues for Council to address.
Following the unexpected passing of her husband, Councilor Sally Cook choose to step down from the Ward 7 seat to focus on her family obligations. The vacancy necessitated an appointment process by Council for the remaining 14 months of Cook’s term.
The City Council voted 4 – 3 in favor of Nordyke to receive the Council seat, with a perplexing single vote cast for Bonnie Heitsch, who had publicly bowed out of consideration. Councilor Nordyke was sworn into office following the interview process and and subsequent Council appointment. She may be reached at vnordyke@cityofsalem.net
Both Sund and Nordyke have indicated their intention to run for the Ward 7 Council Seat, which will be voted upon by their Ward 7 constituents in the May 2020 Primary election. The winner of that Council race will take office effective January 1, 2021.
By using our website, you consent to our Cookie Policy, Privacy Policy, and Terms Of Service.
Privacy Policy — Terms Of Service — Cookie Policy
Posting....