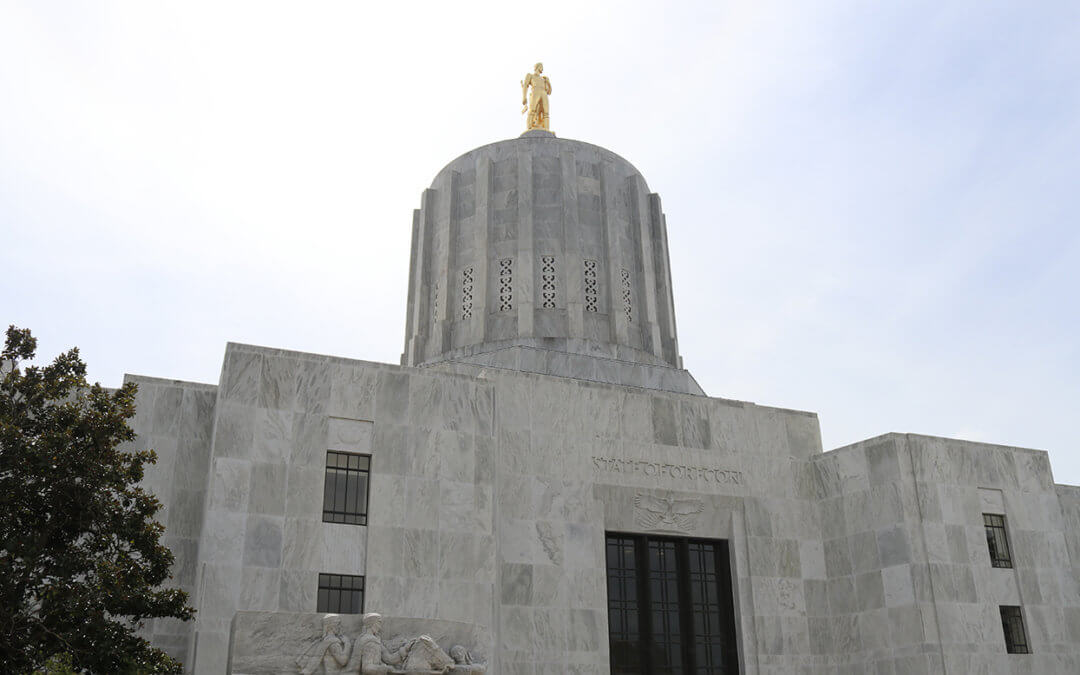 The 160-day 2023 Legislative Session is now underway, and with 22 new members of the Oregon House, a new Governor and 1,800 bills having already been introduced, we’ll have a lot to track and pay attention to in the coming months. See below for a few notes and items of interest from the first week of the session.

Bills, Bills, Bills
According to our friends and colleagues at the Oregon State Chamber of Commerce, most of the 1,800 bills that have already been introduced are considered “placeholder” bills that were filed early for policy issues that will emerge as the session rolls on. OSCC projects that this number represents about 40-50% of the total bills that will be introduced over the course of the session and that we may see more than 4,000 individual bills.

Session Budget Backdrop
Budget forecasters are predicting a mild recession that will have a modest effect on state revenues. The budget backdrop is a projected $560 million current service level budget deficit on a $30 billion General Fund. Although this is only about a 1.5% budget deficit, it marks a significant departure from the previous 3-4 years in which the legislature had a massive surplus of cash to spend.

Legislative leadership has also outlined key complementary priorities which include the replacement of the Interstate Bridge, incentives for the semiconductor industry, implementation of Measure 114 gun control legislation, and shoring up the state’s public defense budget.

Bills of Interest
Considering the incredible volume of placeholder bills and bills that are not expected to pass, the OSCC has identified and prioritized a shorter list of bills that businesses should keep tabs on. Click here to view Bills of Interest, some of which we here at the Salem Chamber will be tracking even more closely and updating you on as the session continues.

Governor’s Budget / Agency Priorities
All agency bills are undergoing review by incoming Governor Kotek. This will delay the customary flood of state agency bills by a few weeks. Also of note, the Governor’s Recommended Budget (GRB) will be late this year due to the incoming administration. We expect the GRB before February 1.