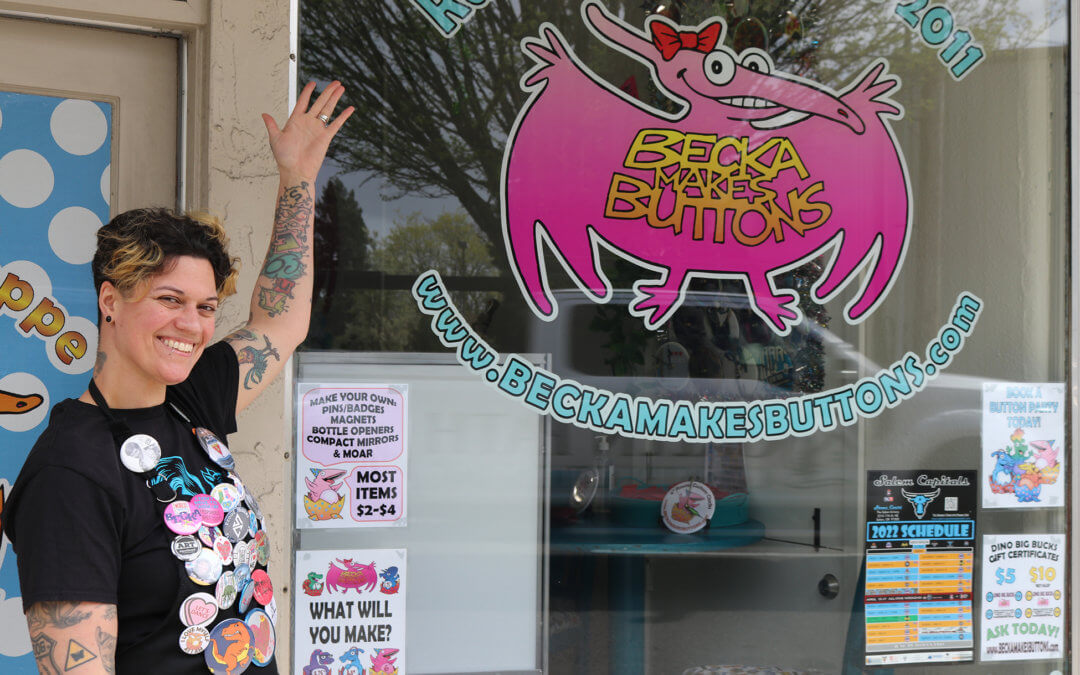 How an innocent, inanimate round object helped Becka Brisbin pave the way toward a business and a better life. 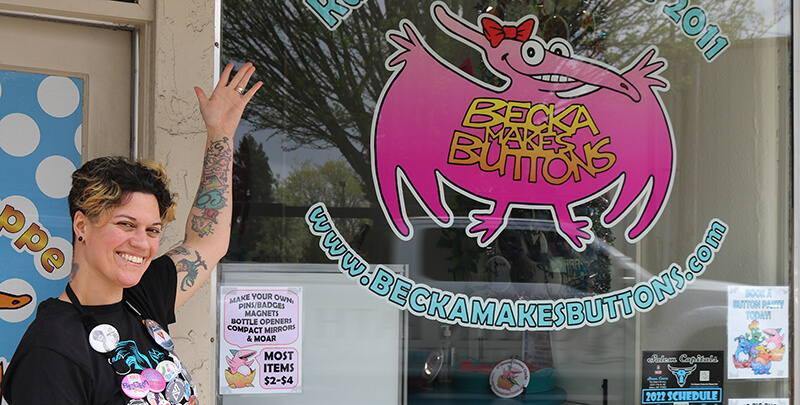 Becka Brisbin, owner of Becka Makes Buttons, poses in front of her shop on Commercial Street in Salem.

Located on a particularly active section of Commercial Street close to downtown Salem, Becka Brisbin’s shop is truly a den of imagination. When you step into the small, yet cozy, space inside Becka Makes Buttons, the noise from one of Salem’s busiest thoroughfares fades away as your eyes are drawn to bright colors, shiny metallic buttons, and Becka’s logo, a pink dinosaur named “Rad, the Rad-adactyl,” who spreads his wings prominently and proudly on one wall and the street-facing window.

The experience inside, combined with the process of creating one’s own button from a seemingly infinite amount of possible designs, is sure to inspire childlike wonder, even for those who haven’t tapped into such a feeling in a long time.

“To me, it’s more than just buttons,” Brisbin (39) says about the business. “It’s what buttons do, as far as connecting people and opening people’s minds.”

Apart from hand-pressing large button orders (100 to 1,000) by hand, Brisbin’s services also include Party Packages and off-site group button parties, where that personal connection naturally happens as she leads the activity with the hope to inspire creativity in others.

And while she works with groups of all ages, Brisbin has found working with children, including those with autism, to be especially rewarding experiences.

“When they realize they’ve made something themselves, it’s an immediate connection to the feeling I first had, and you just see a world of possibility open up.”

Inspired by a meeting with the late Ramblin’ Rod Anders — the host of KPTV’s “Ramblin’ Rod” children’s morning show whose trademark look included a button-covered sweater — Brisbin says she fell in love with buttons when she made her first one at the Boys & Girls Club when she was eight years old. Throughout her youth, the obsession created another way for Brisbin to shape her identity.

Over the last decade, button-making evolved into a business for Brisbin while remaining a passion. After beginning to make buttons for friends in the Washington (state) punk rock scene, Brisbin went on to establish a home-based operation, eventually leading to her own brick-and-mortar shop, which today, she describes as a pure representation of “her heart.”

Brisbin’s personal and professional journey is even more remarkable given how far she’s come. Homeless in Salem for a portion of her youth, Brisbin came from a self-described “broken home” that didn’t include her mother after Brisbin was six years old. Alcoholism also added to the problems at home, when Brisbin had a home to go to. 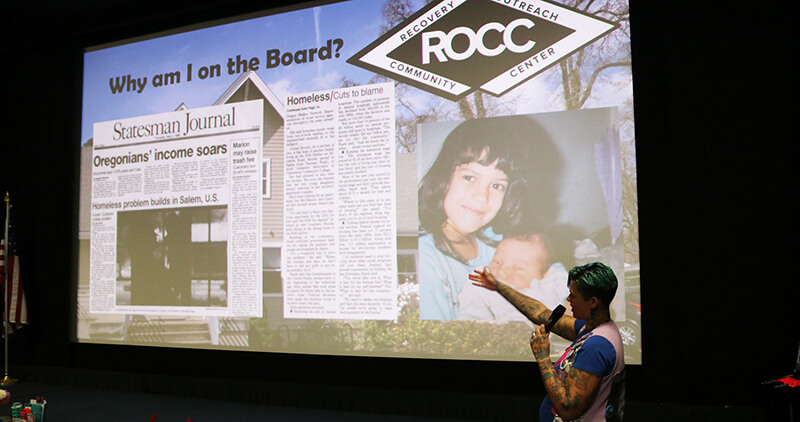 Brisbin tells her personal and professional story at her Salem Chamber Greeters event at Northern Lights Theatre Pub on Aug. 5, 2022

Today, the darkness of that past glaringly contrasts with the light in Brisbin’s life. Having recently celebrated 10 years of sobriety, Brisbin has discovered a new passion and way to give back to her community as a mentor, ambassador, and advocate for at-risk youth. She currently serves as a board member for the Recovery Outreach Community Center (ROCC) and also volunteers with HOME Youth Services, an organization that took her in when she was on the streets.

“HOME Youth Services was my home away from home,” Brisbin says. “It was the place I felt safest and most secure when I was growing up. So, I was really excited when we moved back [to Salem] in July of last year and found out that they still exist and did everything I could to get involved. I want to help empower at-risk youth and be there for kids in the way they were there for me.”

Most recently, Brisbin announced that she and a group of friends are starting a non-profit called Punx With Purpose, which will host community punk music events, including the upcoming “Punx in the Park” on Sept. 17, 2022. The show will feature music from local bands and provide resources to support and benefit at-risk youth in the Salem community.

Brisbin has also become extremely active in the Salem Area Chamber of Commerce since she joined with Becka Makes Buttons in January 2022. A regular attendee at the weekly Greeters meetings, Brisbin hosted her own Greeters for the first time in August, celebrated her ribbon-cutting the same day, and recently became an ambassador for the Chamber’s Emerging Leaders program. 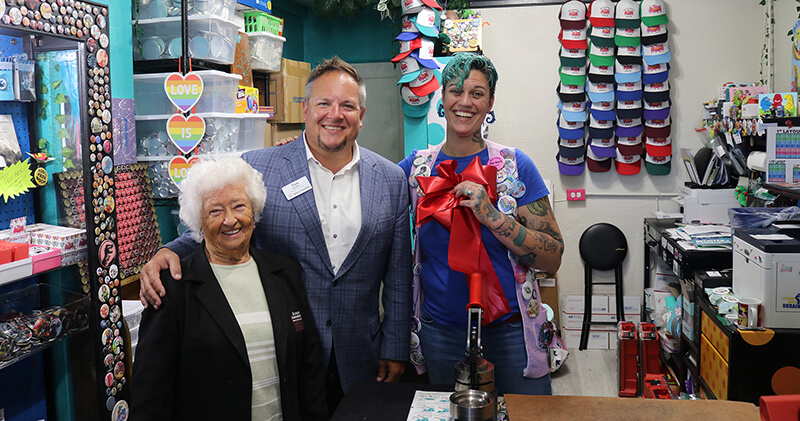 As far as what’s next for the business, Brisbin isn’t necessarily interested in expanding to another location, but rather, continuing to expand the minds of her patrons, partners, and fellow community members.

“My goal is to be making buttons until my arms fall off,” Brisbin says. “And in that time, I hope to inspire enough people to go out into the world and create their own ideas.”

To make your own custom button order, or to schedule a button-making party for your company, visit BeckaMakesButtons.com.

See below for a video from Becka Makes Buttons’ ribbon-cutting: