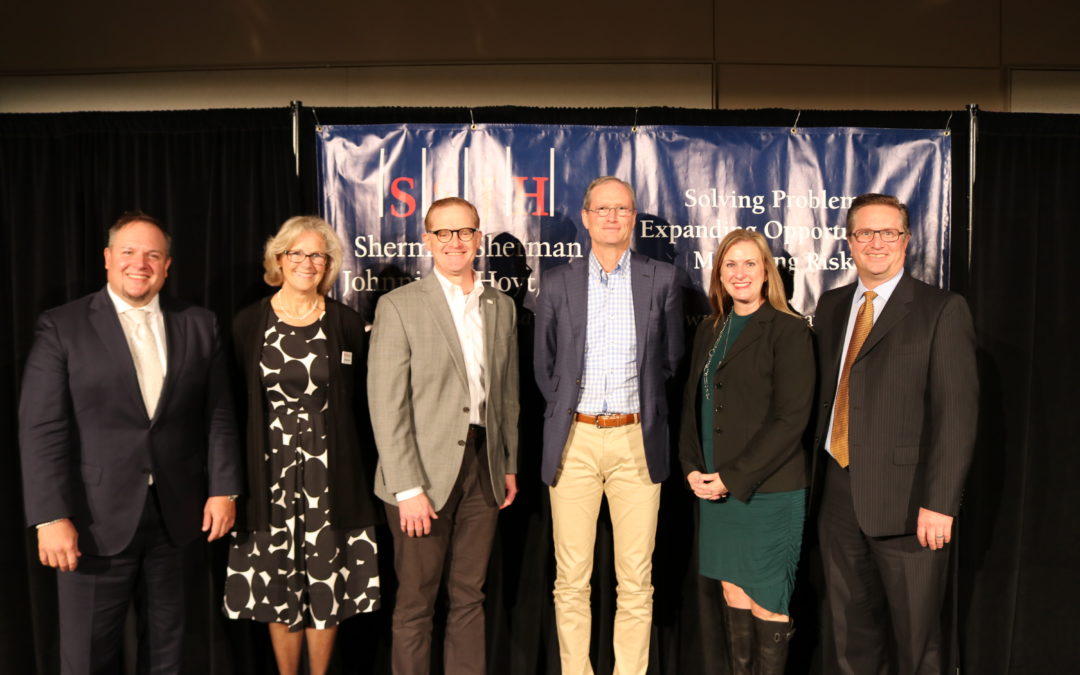 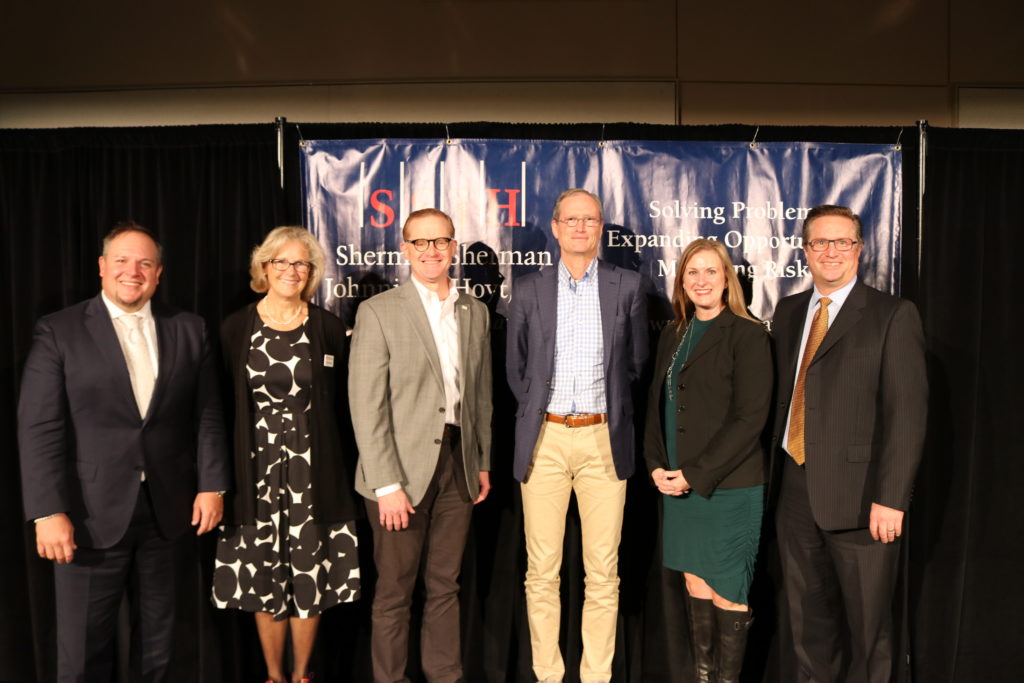 After a national anthem by the Willamette Master Class and an invocation by Rian Rasubala, the Salem Area Chamber of Commerce Awarded its second-ever Spirit of Salem Award to Tu Casa Real Estate’s Jose Gonzalez. Since Jose was unable to be present to receive his award, he pre-recorded his acceptance speech:

Additionally, the Chamber honored Past President Bruce Anderson, who has faithfully served the Chamber for the past twelve years, and wishes him well on his future journey as Chief of Staff at the Oregon House Republican Office under Representative Christine Drazan. 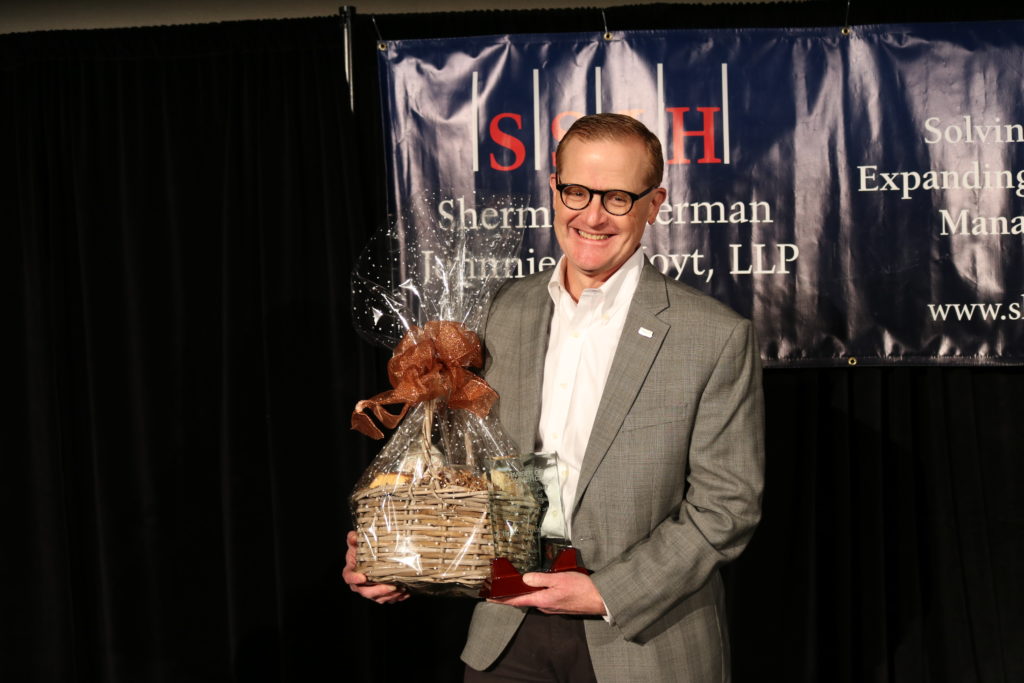 Sean O’Hollaren, VP of Government and Public Affairs for Nike, then discussed business and government, looking back at the career journey, and perspective in politics at the second Forum Speaker Series for the 2019-2020 season. 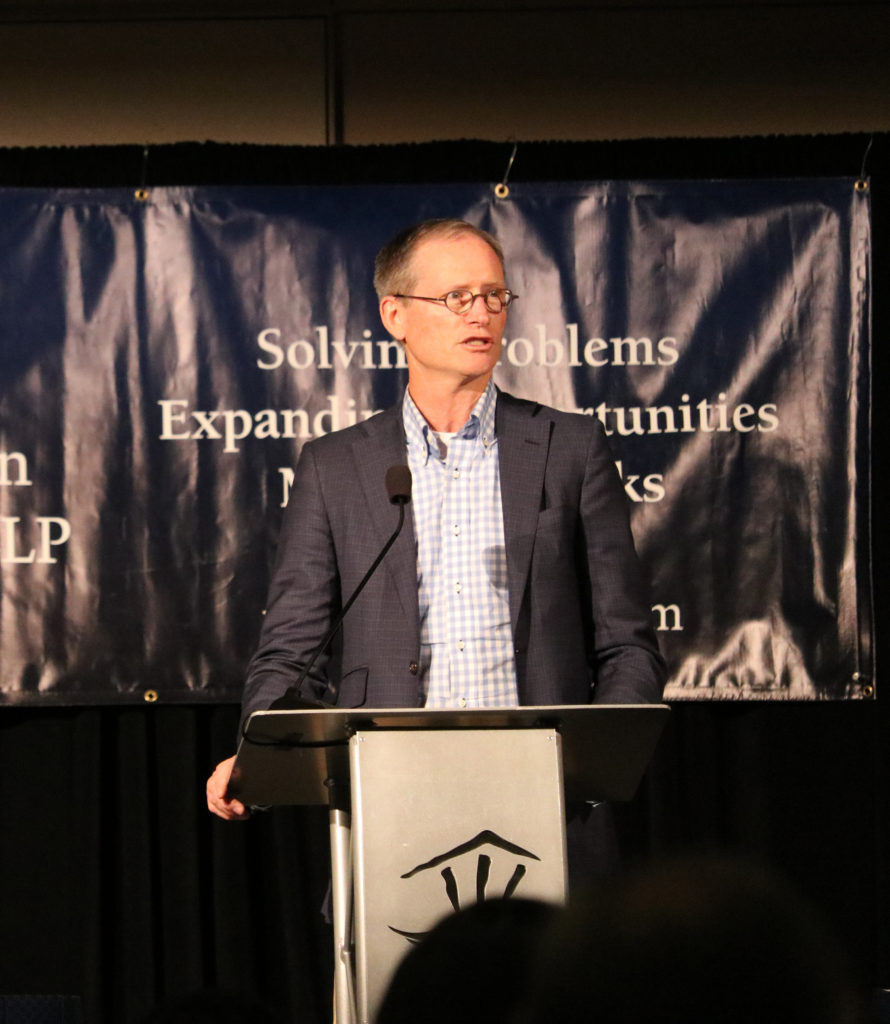 O’Hollaren, with many positions in government in his career portfolio, shared his own stories of reflection on his time in the White House and with Honeywell International, recalling times where business and government often interacted hand in hand. “Government and business is linked, whether or not you like it, and how you embrace it is your choice,” O’Hollaren said.

He also recalled much of his success lay in the business owners and leaders in the community who chose to invest in him when he was young, instilling important leadership skills that carried through every position he’s had; including keeping an open perspective in all fields, and mentoring.

The Chamber would like to thank Sherman Sherman Johnnie & Hoyt, LLP, for being October’s sponsor, and for all who came and attended.

If you were unable to make it it to Forum, you can watch CCTV’s recording of it here: