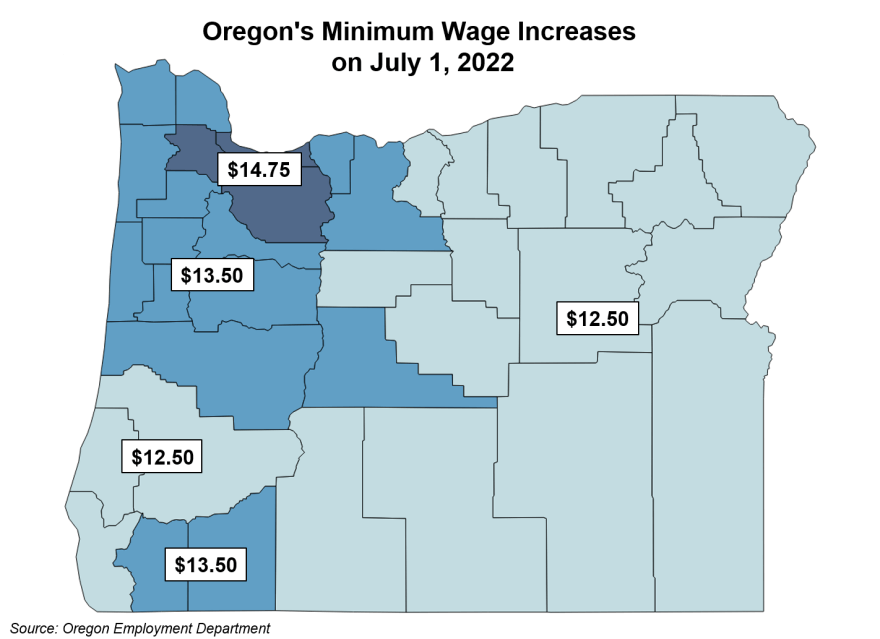 Beginning on Friday, July 1, the next stage of minimum wage increases will take effect in Oregon. The minimum wage will increase to $13.50 in Salem, Eugene, and surrounding areas, while Multnomah, Clackamas, and Washington Counties will see an increase to $14.75 per hour.
Since Senate Bill 1532 passed in 2016, Oregon has seen a gradual increase in its minimum wages as a result, from $9.25 per hour (in 2016) to the wages we see today.
Beginning in 2023, the minimum wage will be adjusted based on the Consumer Price Index. The wage will be rounded to the nearest nickel. Meanwhile, the minimum wage in the Portland metro area will remain $1.25 more than in other areas like Salem and Eugene.
In 2016, the Oregon Legislature passed Senate Bill 1532, which:
By using our website, you consent to our Cookie Policy, Privacy Policy, and Terms Of Service.
Privacy Policy — Terms Of Service — Cookie Policy