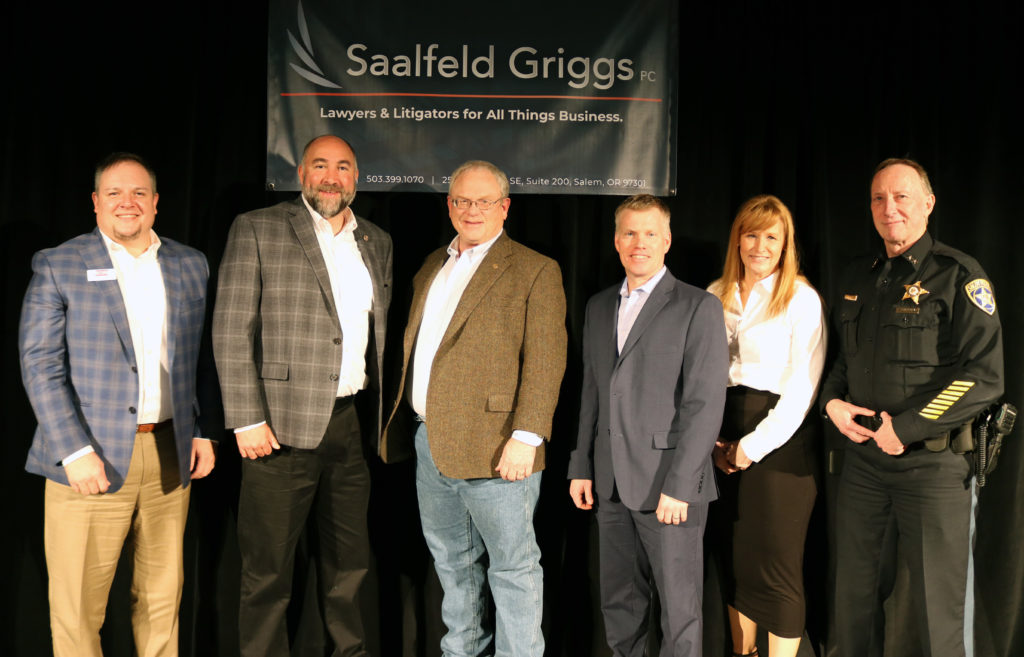 The Salem Police Department was the recipient of the Spirit of Salem Award for continually going above and beyond the call of duty to serve Salem. Be it the complexities of the homeless challenge, domestic violence, drug and gang activity, or activating leadership and poise during societies most difficult moments, our Salem Police Department play a pivotal role in keeping Salem special. As an agency, the department’s commitment and vision is to be the recognized leader of police practices through innovation, equipment, technology, and training in order to fight crime, enhance trust, and protect our community.​​​​​

Paving the way for destination tourism in rural Oregon

Silvies Valley Ranch, located between Portland, Oregon and Boise, Idaho, lies in the heart of Eastern Oregon. The land was originally settled in the 1820s by Peter Skene Ogden and Captain Antonine Sylvaille.

Over the years, beavers were hunted near to extinction, turning lands once nurtured by creeks and rivers into a drier, more arid landscape, and meadows disappeared. In 2008, Dr. Campbell began the restoration of the ranch and riparian areas and partnered with Oregon State University.

Currently, the ranch has 4,000 head of cattle, and 3,000 + head of goats. “March is kidding season. during this lunch we’ve probably added three more goats to the ranch,” Dr. Campbell said.

Dr. Campbell also addressed the deep desire he had to help many people. So he decided to turn Silvies Valley Ranch into a high-end destination resort, using tourism to spark economic growth in rural Oregon. He also hoped that by doing so, Dr. Campbell could pave an easier path for others to do the same.

Want to learn more about Silvies Valley Ranch? Visit them online at https://silvies.us/

Special thanks to our sponsor Saalfeld Griggs PC, the Willamette Master Chorus for singing the National Anthem, and Leon Chriestenson of Salem First Baptist Church for the invocation.

If you were unable to attend this Forum, CCTV will be broadcasting on Channel 21. We hope to see you at the Chamber’s next Forum Luncheon, April 13.