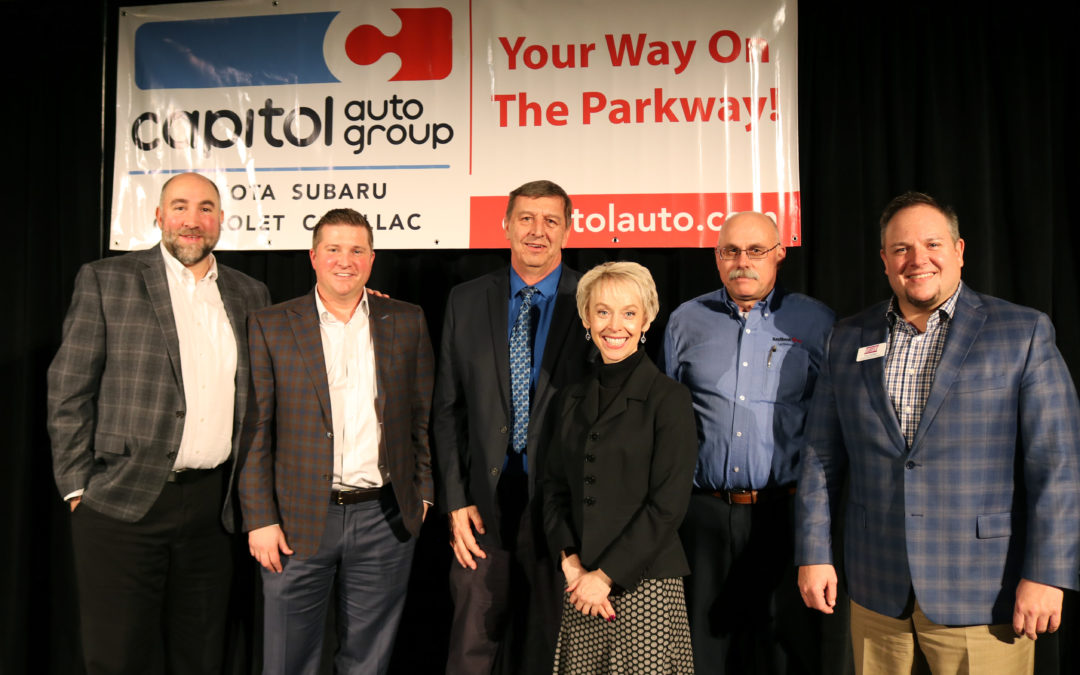 Special thanks to our sponsor, Capitol Auto Group. The National Anthem was presented by Willamette Master Chorus and our invocation was delivered by Diane McLaran, Executive Director of the Chemeketa Center for Business & Industry.

The Spirit of Salem award was presented to the 2019 Sprague Little League team, which competed in the Little League World Series in Williamsport, PA last August. The team rallied an entire city in support of their efforts, and represented Salem with their sportsmanship and determination. They also received a standing ovation.

With over forty years of experience in journalism,  Zaitz spoke on the role of media and the responsibility of consumers to continue to support journalism that is fair, ethical and fact-based.

He began with the history of the New York media and information war, describing how Adolph Ochs built the foundation of the New York Times on objective reporting during a time when newspapers were keeping subscribers by using sensationalism.

Zaitz spoke on the elements of good journalism and the importance of facts, fairness, lack of fear regarding any party, dedication to the truth, and the trust of the reader/consumer/audience. He also mentioned the current struggle in media has been created by a combination of false information and fake news, as well as loss of trust between journalists and consumers.

“We have a duty to change the paradigm – it’s important to put energy to finding sources you trust. Find who you can trust, then hold onto them.”

If you missed Monday’s Forum, keep an eye out on Channel 21 in the Salem Area to watch the program at these times: