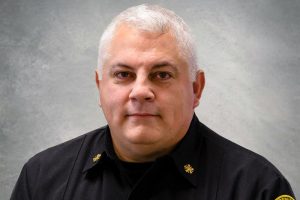 The Salem Fire Department is one of the oldest in Oregon, having begun as a volunteer organization even before the Oregon Territory achieved statehood.

The first fire-fighting unit in Salem was organized on December 4, 1857 and it was called the “Alert Hook and Ladder Company Number One”. Its membership was volunteer-based and election to the company was considered an honor. When the fire department first started, it was all volunteers. The bell in front of Fire Station #1 downtown was once rung to alert the business owners, who served as firefighter volunteers, to report for duty. These “bucket brigades” transformed into the fleet of firetrucks and paramedics that are now Fire Station 1 in Downtown Salem. 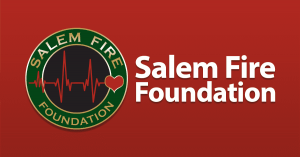 One of the most modern and efficient units in the state, the Salem Fire Department is celebrating 160 years of service in December 2017.

Aiding in the mission of the Salem Fire Department is the Salem Fire Foundation (SFF). The SFF is a private, nonprofit 501(c)3 that is dedicated achieving the fire department core mission to save lives through the funding of its programs:

Salem Fire Foundation was founded in November 2014 and membership costs $100 for one family per year. The Board was chosen by Fire Department Chief, Mike Niblock, Gerry Frank and VanNatta Public Relations. The foundation brings Salem together through the advisory board, which is made up of business owners and community members.

“I love working with a dynamic board and people who are invested in the community’s health and safety,” said Claudia Vorse, Association Manager at VanNatta Public Relations Inc.

The Salem Fire Department procured and distributes PulsePoint, an app available on any Salem citizen’s smartphone that includes a map showing the AEDs close in any area in Salem. This is an ideal tool because it makes AED location information accessible by anyone. PulsePoint promotes the use of AEDs and encourages everyday citizens to save lives. One of the SFF goals is to get an AED in every commercial building in downtown Salem and Keizer. When the program first got started, 64 AEDs were put in all police cars at the time, and there are plans to put in additional ones. The SFF got 15 AEDs for the Keizer police department too.

The Salem Fire Foundation has also worked to train middle school students in AED and CPR skills. Salem Fire Department Firefighter Paramedics have trained over 5,000 eighth graders in Salem-Keizer public and private schools since 2015. The Paramedics encourage these students to teach their family members too. In 2016, Salem Health donated $30,000 towards the eighth-grade educational program.

“I am excited to watch students learn CPR and AED skills,” Vorse said. “Then they want to show their families and friends how to do it too.” 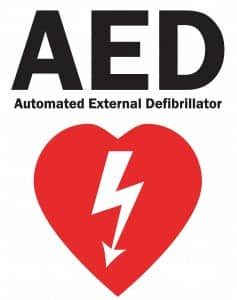 On the Salem Fire Foundation, Deputy Chief Gabriel Benmoussa said, “It is more than just fire prevention and safety; through the foundation, we can network in the community and spread our message.”

After a summer filled with fires raging around the state, and now in California, there has never been a more opportune time to thank those who dedicate their lives to stopping them. There will be a historical exhibit open to Salem Fire Foundation members and donors on November 6 and open the public at the Willamette Heritage Center on November 7.

Click here to learn more about the Salem Fire Foundation and how you can get involved!