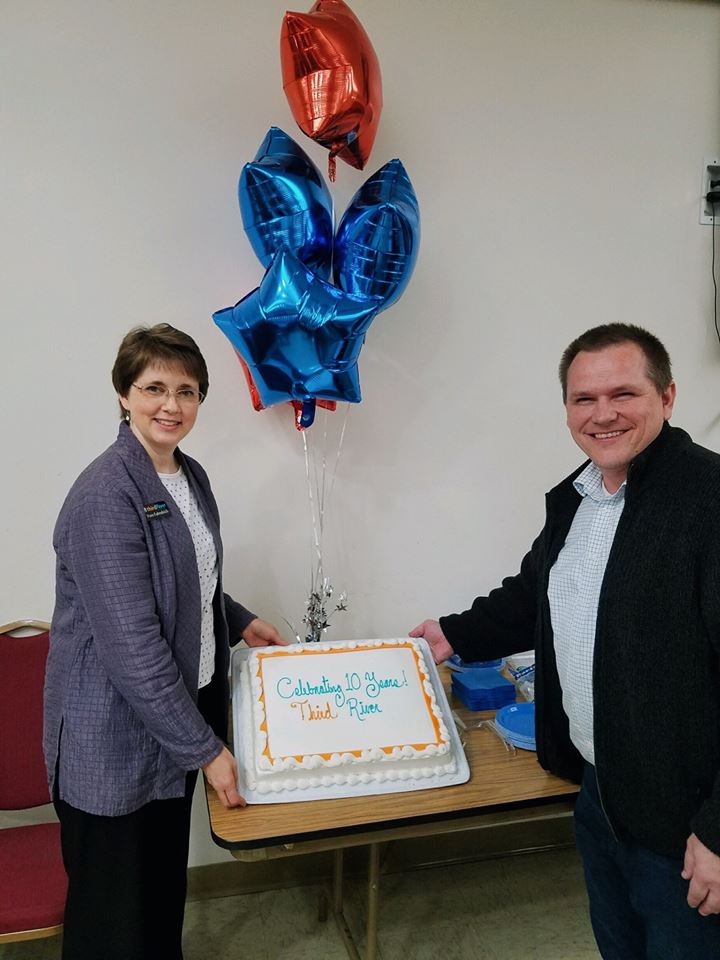 The company originally started as The Third River, Inc. back in October of 2007. Co-founder Tim Fahndrich started with the idea that he could market online. What he was going to market, however, wasn’t real defined at the time.

“I had this idea that since I had been around the internet in a previous business, I could figure out how to make money online,” stated Fahndrich. “Unfortunately, it was easier said than done, as the company kind of floundered from one idea to the next for several years without any real focus.”

“When we realized that there was an opening to host Greeters in late September, and that our 10-year anniversary was coming up, we jumped at the chance to celebrate with our peers at the Salem Area Chamber of Commerce,” added Fahndrich. “The Chamber has been a vital part of our success since day one, and we love that we got to celebrate with our friends and colleagues.”

As part of an introduction to their newly released Whir•Local Neighbhorhoods Marketing Platform, Tim even performed a rendition of Mr. Roger’s Neighborhood theme song to the delight of the crowd.
https://youtu.be/dJTe1b2n7SQ
To find out more about Whir•Local Neighborhoods, you can register to watch a 30 minute webinar here.