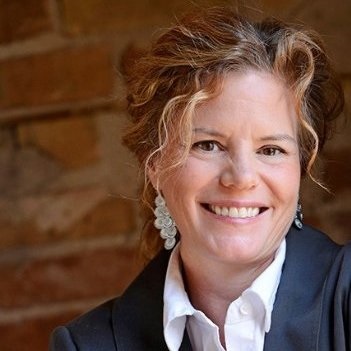 Meet Bill. Bill was recently promoted to a technical manager for a team of 12 people. Bill has great software development skills and is well liked by his coworkers, both of which led to his promotion. But Bill lacks the managerial skills needed for his new role. He is not well equipped to deal with the small issues and conflicts that happen within the team. Typically, this means he doesn’t address them. As a result, these small issues escalate into bigger problems. Bill’s manager now needs to step in and absorb the work Bill can’t do.

Bill is an example of someone in the wrong seat.

Identify if someone is in the wrong seat

“The wrong seat is really all about job fit,” says Christy Clay, executive consultant for SPARK Executive Solutions. “For one reason or another, it’s just not a good match in terms of the skill set, the capacity, and the desire for the job.”

The phrase “right people, right seats” was popularized by Jim Collins in his best-selling book Good to Great. Clay says this often happens during the hiring process, as does getting it wrong. There are a myriad of reasons this can happen, whether a company is not sure what they are looking for, or promoting someone to a position when he or she is not a good fit.

Pick the right people for your team

One of the critical criteria Clay uses for helping get people in the right seats is an acronym GWC:

Get it speaks to a person’s ability to do the job. Want it is that person’s desire to have that job. Finally, capacity is about someone’s knowledge and experience, as well as their technical skills. When these three things come together, it leads to a good fit for the job, but also to high performing teams.

“Performance is really what drives business forward,” says Clay. She compares one business riding a bike to another driving a high performance car – the car is going to get there a lot faster. That speed is a crucial factor in today’s global business environment.

“I think it plays out in innovation and coming up with cutting edge ideas, critical thinking, how to solve problems,” she says. “Those teams that can be more agile and quick in removing obstacles and barriers and solving problems, are going to be more successful and certainly that’s going to relate to speed as well.”

Create a culture of trust

Clay notes that the health of a team is equally important when it comes to performance. She quotes author Patrick Lencioni: “Healthy is as important as smart.”

Bill and his team are smart. They are all talented individuals. They have the right technology to do their jobs, the right marketing strategy, and business plan in place. But the fact that Bill is not able to fully execute his new role and others from his team have to absorb that work, the team dynamics are suffering. Politics have caused the team to lose their ability to have open and honest debate, resulting in an unhealthy team.

Clay cites Lencioni’s Five Behaviors of a Cohesive Team as a model for team health. The model is a pyramid with trust at the base. From there it builds on conflict, commitment, accountability, which ultimately leads to results. As this plays out, it will impact the results a team can deliver on and job satisfaction, which translates out to their customers.

“People are responsible, in most cases, for delivering on the promise of an organization,” says Clay. “Recognizing the impact that all your internal staff is going to have on the customers is so key.”

Like most people, Bill wants to do his job well and love his work. Getting Bill into the right seat will allow him to be part of a high performing team, allowing him and his company to perform and their best.

Christy Clay is a speaker at the LEAD Business Summit on April 27, 2016. Sign up today.