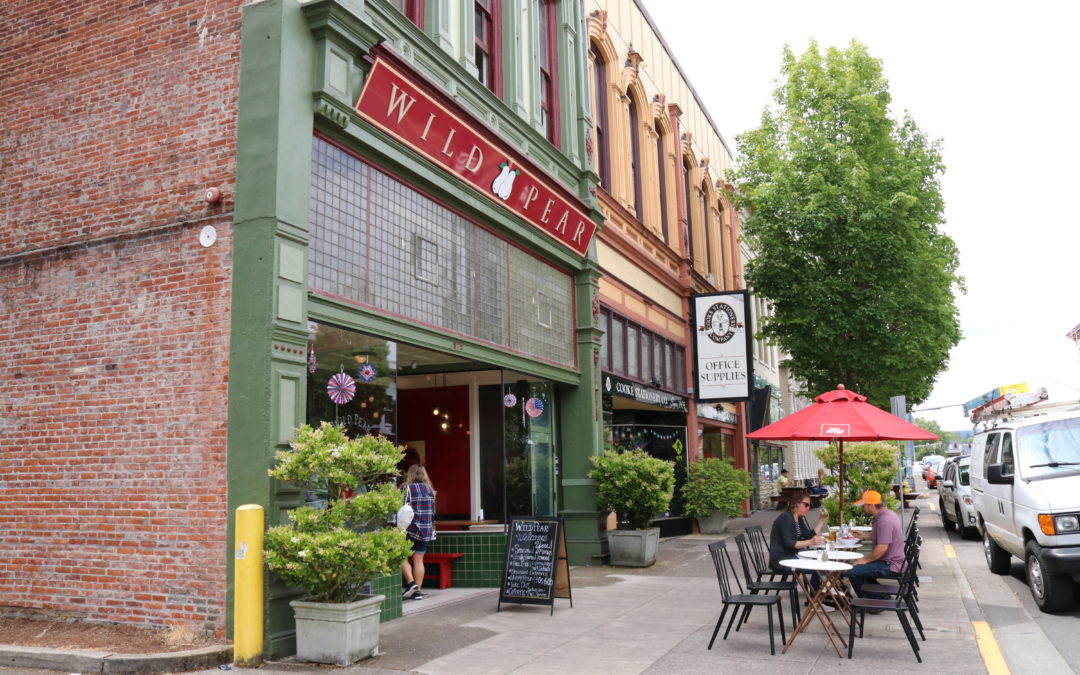 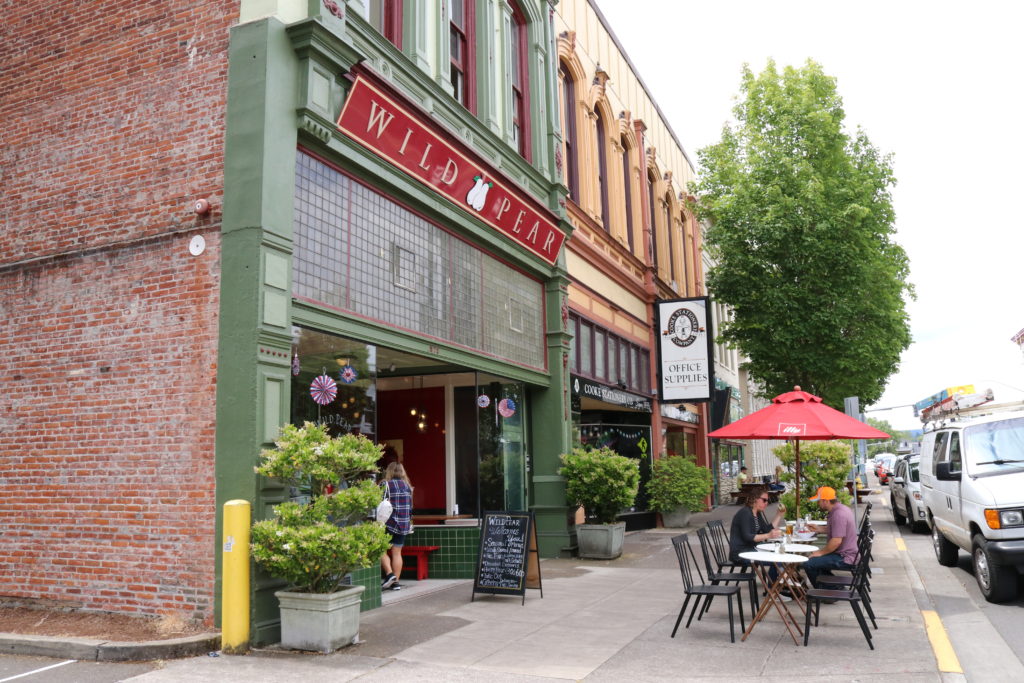 Originally featured in the Autumn 2019 Issue of 503 Magazine.

The Ritter/James family has the entrepreneurial spirit coded in their DNA. Following in the footsteps of their father and grandfather, sisters Jessica Ritter and Cecilia James (formerly Ritter) opened the Wild Pear in 2000. “So many people come through our doors from all walks of life, and it seemed right to start off in our hometown. Salem has proven loyal, been a part of our growth, and so many friendships have been due to the local restaurants,” said Jessica Ritter. “We started with the simple idea that we loved entertaining people,cooking, and bringing people together with food.”

They also wanted Wild Pear to serve and support the local community. If you ask Jessica Ritter what makes Salem special, she’ll tell you it’s the people. “Family was never just the shared DNA. It’s the wider community who consistently comes together to support us.”

The strong roots Jessica has with her customers, family and connections creates a support system that supports a flourishing business. Wild Pear is a brick-and-mortar restaurant, and also offers catering. The ability to participate in all manner of life’s milestones, birthdays, weddings, retiring parties, and funerals, has taken the catering portion of Wild Pear to its brightest levels. “The community is bigger than the paycheck – we make an impact! People who have just finished treatments [for illnesses], and [many other] people come to fill their cup, figuratively and literally. It’s the power of connecting with someone. Breaking bread brings people together– celebration, making amends,mourning over something.”

Even though Wild Pear only spent four years on Portland Road before moving to the downtown location, customers still come in with stories they have from when the sisters first opened shop. Jessica and Cecilia were – and still are – supported by friends and coworkers in the local restaurant industry. They were well connected with vendors from previous experience working in local restaurants and carried forward those relationships. By continuing to build on those strong foundations, they got off the ground and quickly made themselves a lunch spot staple. Ritter’s Housemade Foods was a result of seeking to grow the business based off the success of Wild Pear. Jessica brought in brother Mike Ritter, who had experience in the wood products industry. While scouting for locations, Gayle Caldarazzo-Doty let them know she was closing her business, Gayle’s Italian Market and Restaurant. Initially hesitant because of its close proximity to the original Wild Pear, eventually they agreed on the downtown space, but decided they would pursue another name and identity to keep the new restaurant from competing with The Wild Pear. 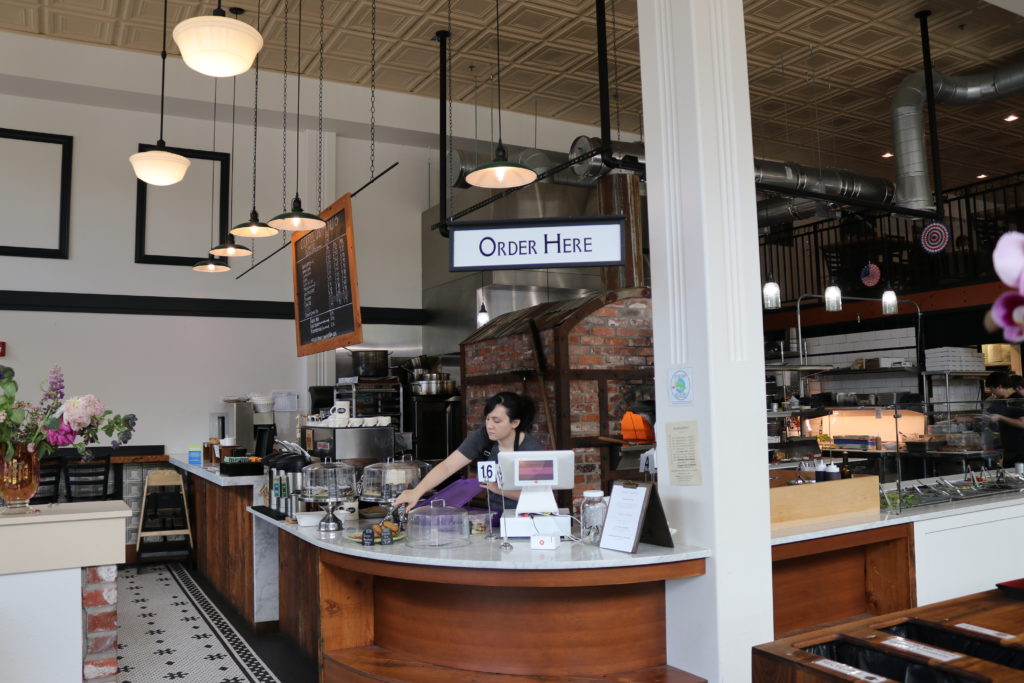 Ritter’s local impact has brought in patrons from abroad, too. “We had a Spanish couple come from Spain a couple months ago. It was awesome! Through broken English and Spanish, I learned they were in town visiting friends. I made sure to take extra care of them because they were visitors, and then they sent a postcard once they got back to Spain! That’s the people connection. Somehow, we as the collective team at Ritter’s, made an impression upon her, enough to where she would want to write us to tell us what a good time she had here.”

Jessica appreciates the staff and board members from the Chamber who have not only been there for ribbon cuttings, but for gathering together and advocating for businesses while being the listening ear that hears the needs of the community. The Chamber also provides a platform for business leaders to come together and to tackle issues that face Salem citizens.

Jessica is also grateful for the camaraderie Salem businesses share. “The reality is, there’s politics and the ins and outs of running a business, but Mike, Cecilia, and I are linked to our strong business community and we’re able to talk shop with all the business owners. We visit them, they meet with us, and we have an environment as supporters instead of competitors.”

Want to learn more about Wild Pear? Visit them at

What about Ritter’s Housemade Foods? Check out their location at