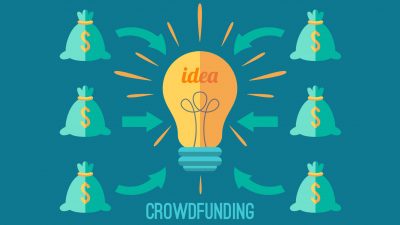 Ever had a really good idea? An idea that makes you think, “This could actually be something?” Then the expensive reality that it’s much harder to get your idea off the ground hits, and you consider giving up. With crowdfunding, your idea and those of Salem local businesses, have been made possible.

Crowdfunding is the practice of funding project or venture by raising money from a global audience, typically through the internet. Crowdfunding became part of American practices following the 2008 financial crisis when small businesses couldn’t get loans from banks to get off the ground. As a result, crowdfunding has opened new opportunities for entrepreneurs and creatives to launch projects and share their dreams with the world. Anyone can contribute to your idea through crowdfunding.

Projects seeking thousands of dollars are typically publicized via social media, but spend any time on the 375 crowdfunding sites available in America, and any visitor will find themselves in a world of creativity and passion. It is inspiring to see all the projects and the hearts behind them. Even more inspiring are the millions of strangers who, together, support projects because they want to be part of its success. It’s amazing!

Crowdfunding empowers people to unite around ideas and products that matter to them by making those ideas come to life. 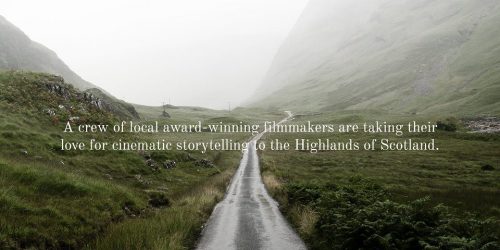 Common Era Collective, a Salem Area Chamber of Commerce member, is a team of creative professionals that specialize in all things branding, such as website and graphic design, photography and cinematography. With a creative team like Common Era Collective, it is no wonder they are continually working on creative projects on the side. One such project is Wonderwritten, an independent film that will be produced spring of 2018 in the stunning Scottish Highlands.

“This is a large-scale passion project about accomplishing great things for the art community of Salem,” said Bryon Daniels, Partner at Common Era Collective.

Wonderwritten has been envisioned and prepared for by Oregon-based creators. The story will follow character Alan Ainsley, a Scottish writer, for five days in the beautiful Scotland. Driven by Alan’s internal narrative of letter-like writings and inspiring compelling curiosities about his patterns of behavior, Wonderwritten reveals an unexpected expression of humanity.

The story traces Alan’s small journeys in the five-day timeline, in which we see him begin to write again, since being left by the woman that he is in love with. Through his unfamiliar response to heartbreak and curious behavior, Wonderwritten reveals an unexpected expression of humanity and a powerful message underlying its oddities; “Here’s to life and to this moment.” 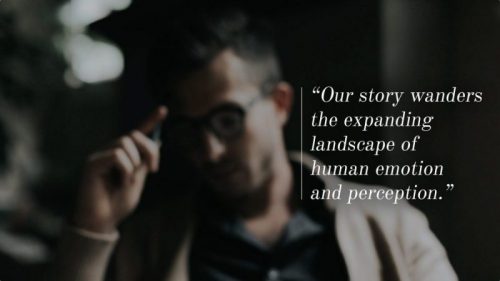 Hooked? Check out the video and Kickstarter campaign here. If you represent a high-level corporation or business, there are opportunities to back the project and secure branding films and commercial placement before the screening of the production in 2018 – making for excellent brand awareness.

Ways you can help the Project Wonderwritten team: Back the Kickstarter! Any dollar amount helps. Share the Kickstarter link on your social media to spread the word.

Other examples of businesses that have successfully used crowdfunding in Salem are Bo & Vine Burger Bar, a hip, new restaurant. Bo & Vine used Indiegogo, a crowdfunding platform, to raise over $15,000 dollars to assist with the launch. The amount raised exceeded the business goal by 186 percent. This is an example of how powerful crowdfunding can be – strangers supported Bo & Vine based on the idea, as a brick and mortar restaurant had yet to open. Brian Kaufman, partner at Bo & Vine chose to use crowdfunding to build from the momentum for the restaurant that he and his team had generated through social media.

“Initially, we weren’t going to do a crowdfunding campaign. It was a last-minute decision,” said Kaufman. “I knew going into Bo & Vine that it was a great value proposition for backers. I had done my research and had been having conversations with the city about a desire to boost the downtown scene as more young people are moving to Salem and looking for experiences.”

Kaufman revealed that many people told him to stay away from crowdfunding before the campaign launched. He was told people in Salem wouldn’t understand or participate. The success of the Bo & Vine campaign is one example of how Salem is changing and community members can directly impact a business by being a stakeholder in a crowdfunding campaign. 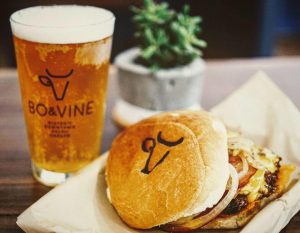 When asked what he would say to other businesses about starting a crowdfunding campaign, he says, “This advice was passed on to me by The Rock Boxx guys. They told me, ‘Your campaign will be funded before you start it.’ Basically, having created enough momentum and buzz to start a crowdfunding campaign guarantees intention to support you,” said Kaufman. “We had already brought people along with our story and journey and the crowdfunding campaign allowed them to be part of it.”

Along the same token, The Rock Boxx, Salem’s first dedicated indoor rock climbing gym, used crowdfunding to make the one-of-a-kind gym a reality. Backers from across the community

pledged over $26,000 on Kickstarter, surpassing the original goal. The dollars covered renovation costs and climbing holds. The people who backed the The Rock Boxx played an integral role in giving Salem an excellent addition to its fitness and entertainment scene.

Now is your chance, Salem. Crowdfunding makes a difference in the lives of our community members that have passion and drive to launch a new business or project. Get out there and support those ideas, like Wonderwritten, today.